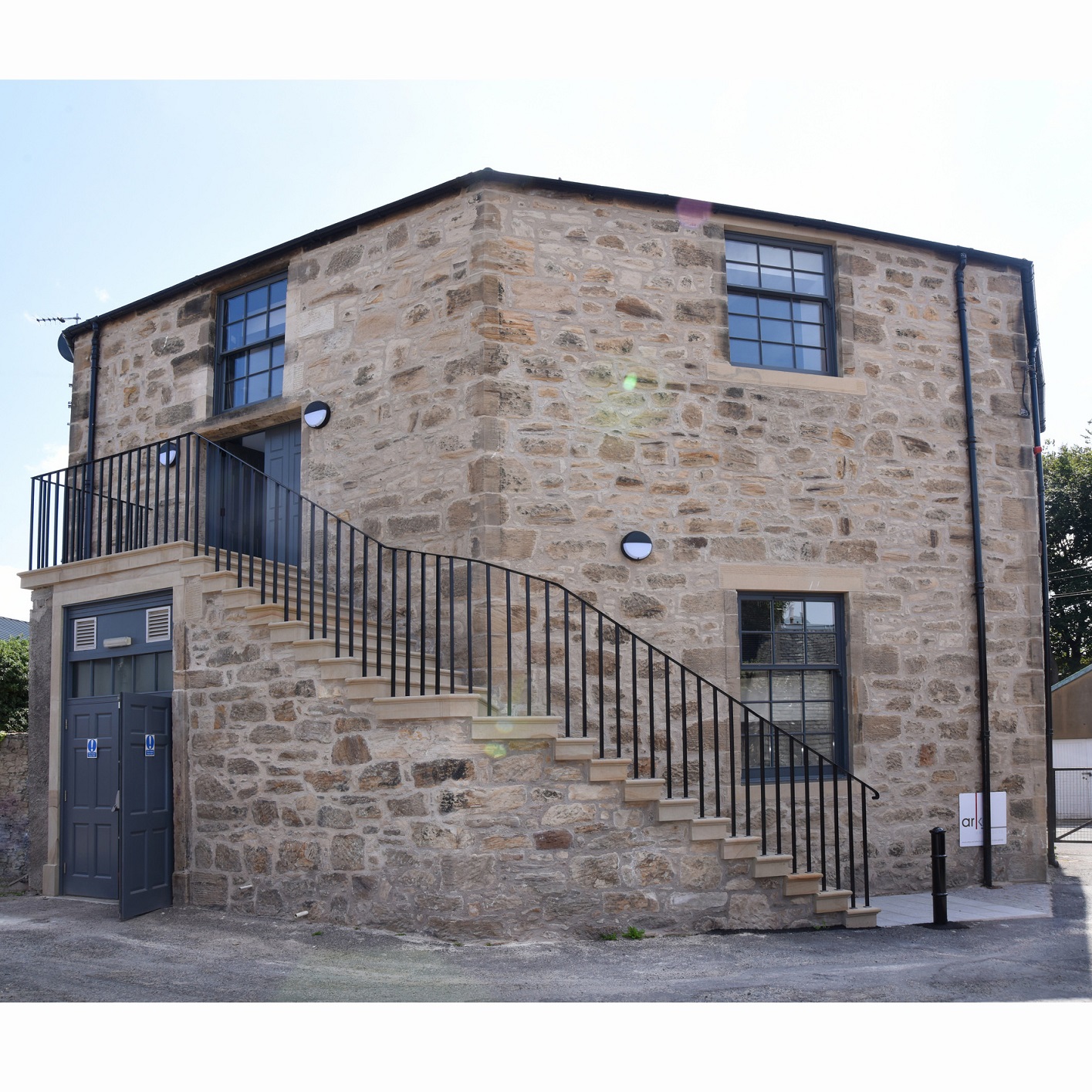 Originally built as a church in 1806, this building’s unusual octagonal shape is unique to Falkirk, but not to Scotland. Similar churches can be found in Kelso and Dundee. A number of churches were built in this shape, but why? Some say it was so that there was ‘no corner for the Devil to hide in!’, but this is not very likely.

Although the building is now somewhat hidden just off Cow Wynd, at one time it stood on the edge of the town, near open fields. Locally the church was been given the nickname ‘Tattie Kirk’. This name could suggest it was built on the site of an old potato field, but this has never been proven.

The current owner of the property has been carefully repairing and restoring the outside of the building, by repairing the stone and taking away modern cement (which damages stone).

The external stair, which is a key feature of the building, had fallen into a considerable state of disrepair. The lowest treads were completely missing, the handrails and balusters were gone and the existing stone was in poor condition.

With the assistance of a THI grant, the owner has been able to repair the external stairs and reinstate a traditional handrail and balusters.