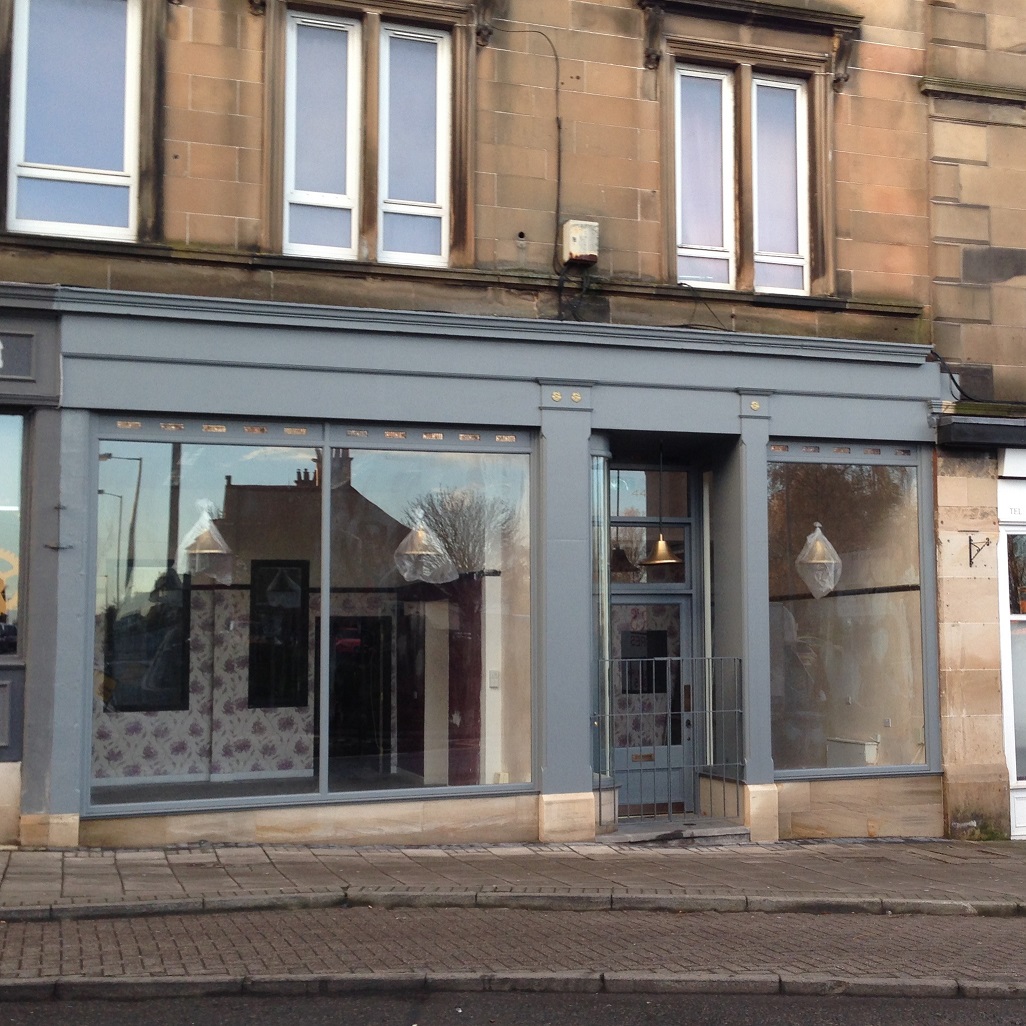 The shop unit at 44A Vicar Street was originally two shops but the properties have been joined at some point in the past.

The modern shopfront which existed before the THI grant-aided works was not in keeping with the proportions of the original shopfronts or the building that it sat within. The signage area at the top (the fascia) was much bigger and deeper than it would have been originally. It had fallen into a considerable state of disrepair and looked ‘ajar’ from the bar and shop unit which it sat between. Both the adjacent bar and shop have more traditional proportions and less deep fascias.

The THI grant has allowed this owner to remove the modern shopfront and replace it with one which is based on the previous shopfront design and to more appropriate proportions.

The unit has been empty for a number of months and this new, high-quality shopfront has attracted a new tenant.