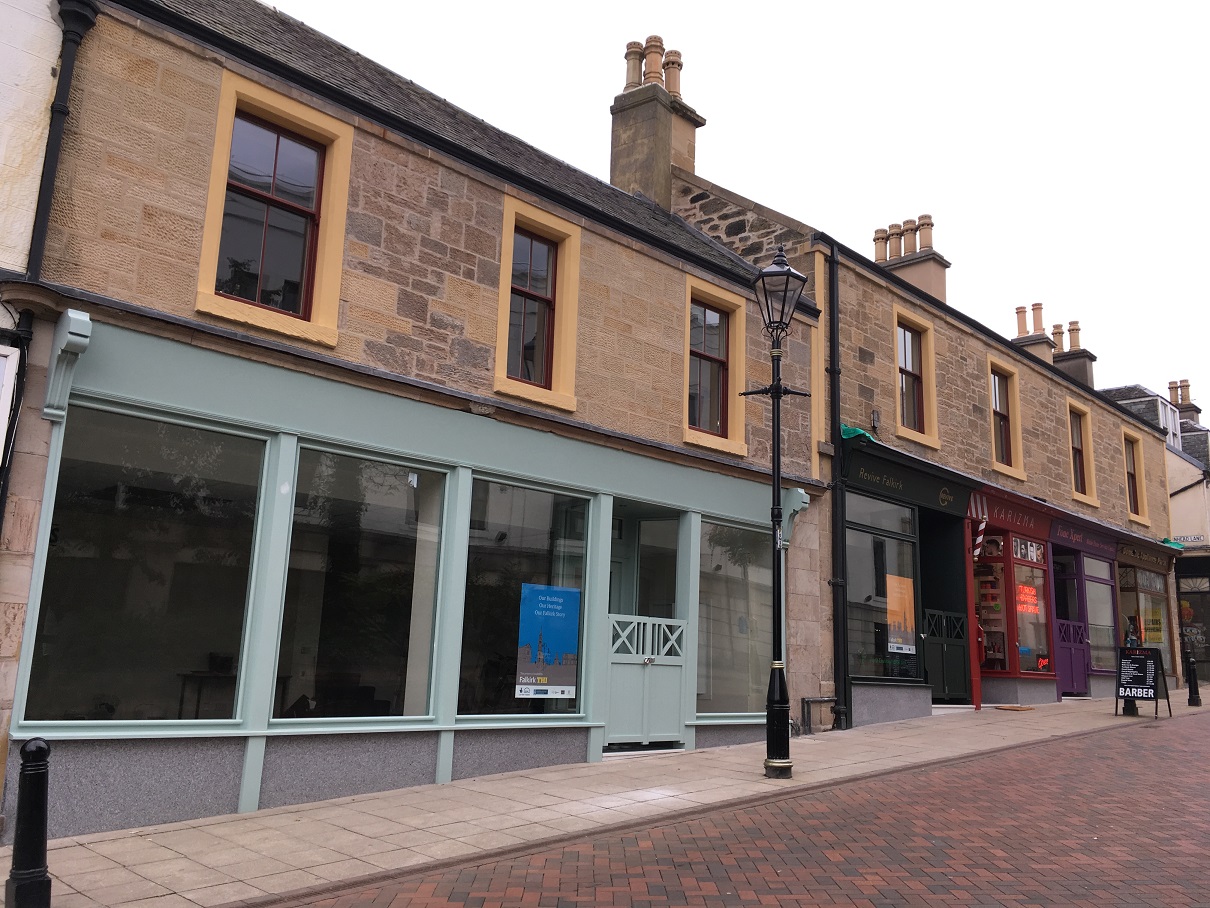 Modern paint had previously been applied to the face of this building and it has been trapping moisture behind it and against the masonry behind. This damages the masonry as it can cause it to be almost permanently saturated with water. Removal of the paint allowed the condition of the underlying stone to be assessed and for any necessary stone repairs to be made.

Large parts of this building had been coated with a modern cement; this is an example of a modern material used inappropriately to repair a traditional building. Older buildings are designed to ‘breathe’, allowing a small amount of moisture into the wall and then to evaporate back out. Modern cements do not breathe; they trap moisture against the natural stone, causing them to saturate with water. This wet stone then erodes at an accelerated pace and means that in the future more extensive stone repairs are required.

Removal of this modern cement and replacement with lime mortar will allow the building to ‘breathe’ as it was originally designed and protect it into the future.

The current shop at 195 High Street is the most intact of the 1930s shopfront design along this row. This shopfront has been carefully repaired and restored. Based on archive drawings and the physical evidence of the existing shopfront, the other four shopfronts have been repaired and reinstated to the 1930s traditional shopfront design. The 1930s design included geometric shaped clerestories and wooden gates.