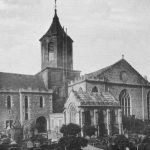 The town of Falkirk stands in an important position at the heart of central Scotland between Edinburgh, Glasgow and Stirling. This position has ensured its central role in Scottish history from the Roman period till today.

The name ‘Falkirk’ originates from the Gaelic EGGLESBRECH, meaning‘the speckled church’. Over the years this has translated into Scots as FAWKIRK and then the modern FALKIRK. Some historians have argued that the towns name relates back to the early town church which was supposedly made from speckled stone. However, others argue that the early church was not made from this. 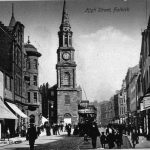 Over the centuries the town has given its name to two local battles. The First Battle of Falkirk occurred on 22nd July 1298 between the armies of William Wallace and Edward I of England. Sir John de Grahame, Wallace’s right-hand man, is buried in the Parish Churchyard. The Second Battle of Falkirk took place on 17th January 1746 and is significant as the penultimate battle of the period known as the Jacobite Risings. The battle was witnessed by locals from both the church and town steeple. This was the last battle won by the Jacobite army, led by Bonnie Prince Charlie against the Government forces before the Battle of Culloden.

In 1600 Falkirk was made a royal burgh and a Mercat Cross was placed in the area in front of the town Steeple. The cross was a symbol of the towns’ new status and indicated the town’s right to hold markets. From 1770’s farmers came from all over Scotland and northern England to sell their cattle at the Falkirk Trysts. These were among the largest cattle markets in Scotland and by the end of the 18th century, Falkirk was one of the most important market towns in Scotland. In the following century, there was a shift in the town’s economy from agriculture to industry. The town became a busy industrial manufacturing centre. Many iron foundries had established in the area including the famous Carron Iron Works. Transport links across the central belt had improved with the building of the Union and the Forth and Clyde Canals and the railways. This meant manufactured goods could be exported internationally. The growth in industry and population led to an increase in spending on buildings. 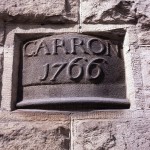 From the 20th century, there was a steady decline in demand for iron goods and Falkirk as an industrial centre began to decline. The town’s role in Scottish history is echoed in its surviving historic buildings and local folklore. It is a unique place with a strong sense of belonging and community identity. If you are interested in finding out more about Falkirk’s history you can join our volunteer Tour Guides for a walk around Falkirk’s historic town centre (tours commence again in June 2018).

Through the THI annual exhibitions, Falkirk’s heritage has been explored in more detail and locals have been given the chance to share their memories. To find out more please visit the Get Involved section of the website.